Most international centuries by Indians India is definitely one of the greatest cricket teams in cricket history. Every cricket lover is aware of the uncountable records broken by the Indian cricketers and here is a list of the top 8 Indian players with the most international centuries.

India is definitely one of the greatest cricket teams in cricket history. Ranking 1st in the Test, 3rd in the ODI, and 2nd in the T20 is not at all a child’s play. For a few decades, India is showing world-class performance and a major part of the credit goes to the Indian batsmen. Every cricket lover is aware of the uncountable records broken by the Indian cricketers and here is a list of the top 8 Indian players with the most international centuries.

One of the greatest and most successful batsmen India ever had is Sachin Tendulkar. The God of cricket was one of the biggest pillars of strength for India’s batting lineup during his time. It is quite strange that he did not have any weaknesses in his game. He could score runs from any position to everywhere and could easily thrash the bowlers and fielders. No wonder why he is the number one cricketer in this list of most international centuries by Indians. He made his international debut in 1989 and retired in 2012. During this year’s he scored 100 international centuries and created this unbeatable record.

Right after Sachin Tendulkar, the second Indian cricketer on this list is one of his biggest fans, Virat Kohli. The present Indian skipper made his international debut in 2008 and after 13 years of reigning over the cricket world, he made 70 international centuries. He is undoubtedly one of the most ambitious cricketers and prepared himself for the team in the best way possible. Right from his initial days at the under 19 cricket team, he played aggressively and with lots of passion to reach the place where he is today. Every cricket lover is definitely waiting for fo the day when he will complete his 100 international centuries.

Rahul Dravid is one of those very few players who contributed to cementing the position of India in the world of cricket. During his captaincy, he made sure to play methodically and create an unbeatable benchmark for the opponents. He was very hardworking and used different and definite techniques to strengthen the team. He was a very successful cricketer but an underrated captain. In all the international matches that he played, he scored 48 centuries, the third-highest by an Indian cricketer.

The fourth Indian cricketer to score the most international centuries is the vice-captain of the Indian cricket team, Rohit Sharma. He is the only player to score 3 double centuries in ODIs. The hard-hitting opener of the Indian team loves to thrash the bowlers and it is quite evident while looking at his stats and records. He scored five centuries in the 2019 World Cup, three centuries in the first test series in 2019 where one century led to a double century as well. His presence in the pitch is enough to make the Indian supporters stress-free. He has shown his class time and time again in the cricket matches and has a total of 40 centuries till now. We are pretty sure that he is definitely going to add a few centuries to his list in the coming World Test Championship final against New Zealand.

Read also: WTC Final: IND vs NZ All Players Stats, Records In England, WTC and against each other

Virender Sehwag is definitely one of the most aggressive batsmen of India. His affinity with hitting boundaries is on a different level. He preferred to do minimal footwork and smash the bowlers by hitting boundaries. One of his great features is that he could score rapidly at a very fast pace. In test cricket, he scored runs at the fastest pace. He also made the record for scoring the highest number of double hundreds in tests by an Indian cricketer. He scored 8 double centuries in ODIs. The former Indian cricketer scored 38 international centuries in his career in international cricket.

Sourav Ganguly is one of the greatest and most impactful cricketers in Indian Cricket history. With his performances on failed he made us understand every time why is prolific for the team. He contributed relentlessly to the team and strengthened the team. The former captain of the Indian cricket team changed the way India used to play in tests and led the team in winning test matches steadily. One should never deny the effectiveness he showed on the field by his aggressive nature. In his international Cricket career, he successfully scored 38 centuries.

The seventh Indian cricketer to score the most international centuries is Shikhar Dhawan. He is the first Indian to score a century in his 100th ODI match. Though he was not that consistent in between, he made sure to be in form after he was recalled to the team. In that ODI series against South Arica in 2018, he scored a total of 323 runs in 6 matches. In the T20 series against South Africa, he scored the most runs of 143. He has proven himself once again and scored several match-winning knocks. He is also going to lead the team in the limited-overs tour of Sri Lanka. Till now Dhawan has scored a total of 24 international centuries.

VVS Laxman, the former Indian cricketer, is the eighth Indian cricketer to score the most international centuries. He is definitely one of the finest test cricketers ever. During his time he was famous for his stroke play. One of his most unforgettable performances is scoring 289 against Australia in Test series 2001. Some of his career’s best performances have been against Australia. He was a strong batsman in the Indian middle order and often backed up the team in dire situations. He made his debut in 1996 and retire in 2012. During the span of almost 16 years, he scored 23 centuries. 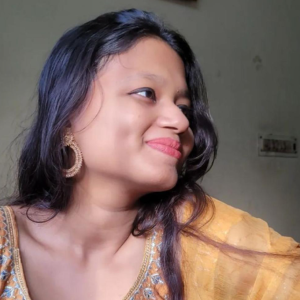 2 thoughts on “Most international centuries by Indians”