Women in Sports, third episode is dedicated to all the female athletes who flourished after being a mother. Read about their stories here.

Women in sports is a specials series by SportzPoint to honour all of those women who showed the world that you can achieve anything. This is the third episode of the series. Check the first and second episodes also.

All of these women have sacrificed many things to conquer the world. They have fought against gender barriers, inequalities and discrimination. Moreover, the man-minded world was very sacred to recognize and salute the spirits of those women.

Women just can not play after being a mother- this myth always been there in the industry. However, when you are passionate about the game, motherhood just makes them stronger and stronger. In this episode, we will talk about those women who just became better after being a mother.

You ask any women, they would say that being a mother is the most beautiful moment in their life. But, that does not mean that they can not juggle between being a mother and a professional athlete. However, it is their body that goes under enormous pressure while being pregnant and post-pregnancy as well. Though studies show now that female athletes are having a longer sporting career than men now.

So, if the world supports more moms to be back in their sporting arena, it will become more revolutionary in the sports world. Here’s is the top 7 female athlete who just rocked the sports world being a mom-

Serena Williams is the greatest tennis player of the open era if we talk about achievements. She has won everything there could be won on the tennis court. The 23 Singles Grand Slam Winner, was eight weeks pregnant when she won the Australian Open in 2017.

She revealed her pregnancy with a baby bump post on Snapchat. Serena also confirmed that she got to know about her pregnancy only a few days before the matches. This incident challenged the thoughts of women not being strong enough for sports.

Serena never thought of ending her illustrated career by just being a mother. However, she challenged herself and proved everyone wrong that, being a mother only gives you strength.

However, Serena had some serious complications while childbirth but managed to be back on the court to get to the magical 24th Grand Slam Title. The magic is that Serena played 4 Grand Slam Finals within 10 months of her postpartum.

WNBA All-Star Skylar Diggins-Smith is a four-time WNBA All-Star. Skylar is one of the most illustrated players in the history of Women’s Basketball.

Skylar missed the 2019 season due to pregnancy. But, she pulled off something great before resting the season out. During the 2018 season, she was already pregnant. Although she managed to be the third player in WNBA history to average at least 17 points and six assists per game.

She did not tell her pregnancy news to anybody as she wanted to continue with the season. After resting six months following her postpartum, she came back with a bang. Skylar scored a team-high 19 points for the U.S. women’s national team. Not only that she also grabbed the award for WNBA Western Conference Player of the Week Award also.

So, her fights prove how women in sports should dedicate themselves just to make it more equal and even for the next generation.

India is a very hard place to be a mother and professional athlete. Its social imbalance and inequality in pay structure make it even harder financially to sustain a career being a mother.

However, the mother of three children and a record sixth-time World Champion boxer proved everyone wrong with her dedication and fighting spirit. Kom has won medals in one of the first seven World Championships. She is also the only boxer to win eight World Championship medals.

Mary Kom became a mother to twin boys in 2007. In 2013, she became a mother for the third time. But she kept on going through every tough situation to keep her boxing career going.

Mary Kom went on to win her Olympic medal in 2012 after becoming a mother. She won a bronze in the 51kg freestyle category. Kom is regarded as the “Magnificent Mary” due to her passion, fight and dedication.

The only female track and field athlete to win six Olympic Gold Medals did not have it easy in her life. Allyson Felix is the 2012 Olympic gold medal winner and a three-time world champion.

The start athlete from America had some tough time during her pregnancy. Felix went through preeclampsia and an emergency C-section to deliver her daughter. In November 2018 she was blessed with her baby girl.

In her tough times, Felix accused Nike that they wanted her back on track as soon as possible post-pregnancy. The rumour was also that Nike asked for a guarantee from Felix that her performance would not go down. However, Nike declined those rumours.

Felix is currently aiming for the 2020 Tokyo Olympics as it would be her fifth consecutive Olympics.

“Everyone sees the glory moments, but they don’t see what happens behind the scenes.”

Shelly is another mom-athlete who became a mother in #DreamMaternity year in 2019. The mom-athlete from Jamaica has 6 Olympic medals including 2 Gold medals in the 2008 and 2012 Olympics.

She is always been fast. But, she is been inspirational to millions of women out there as well. After having her appendix removed in April 2009, Fraser became World 100m champion.

The “pocket-rocket” from Jamaica kept running fast even after childbirth. She became the world 100m champion only after two years of postpartum.

Shelly now calls herself as the #mommyrocket.

Nia Ali is another mom-athlete who did great after becoming a mother. In 2015 to Nia gave birth to her son Titus. Post that she came back and won the gold medal in World Championship within a year.

Nia continued her success after becoming a mother. She went on to win the silver medal at the 2016 Olympics for the 100-meter hurdles.

The victory lap with her son after winning the Gold medal at the 2016 world championship is a moment to saviour for everyone who supports women in sports.

Kara Goucher, an American long-distance runner is always been vocal about raising financial securities for mom-athletes.

While she was pregnant with her son, 2010, Goucher worked to be a public figure for Nike. However, as he had given birth to her child, Nike refused to pay her anymore leading to her financial crisis.

Nike said, ‘We don’t pay you to tell your story. We pay you to run, and you’re not running. You have to get back into racing.’ – According to Goucher.

She ran in the Boston Marathon while her son was getting operated on his neck in the hospital. Also, as she was hurried back into running, she suffered hip pain that will stay with her forever.

The women in sports are still fighting for their existence. Gender barriers, financial crisis and many other issues wrapping them around. We hope our series reaches the ones who want to make their dream true as a woman or female athlete. 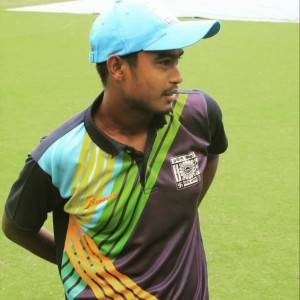 A Sports Enthusiast, who either playing sport or watching sport. Writing about sports makes me love my life more.

2 thoughts on “Women In Sports: Female Athletes and Motherhood” PrevPreviousWomen In Sports: Female Soccer Players Who Inspired The World
NextIndian Boxers who qualified for the Tokyo Olympics 2020Next
On Key