One of the highest-paid profession in the world is sports. Although not every sport generates the same revenue, sports, in general, are a great source of money and entertainment. History suggests that men in sports earn more than women. And women don’t get the same recognition in sports as men. Many argue that men earn more because sports involving men generate more revenue than women. Although today we’ll focus on the top 10 highest-paid female athletes of 2020-21 and how much do they make in a year including prize money, endorsements and net-worth.

United States international footballer Alex Morgan is the only athlete from outside tennis in the top 10, earning $4.6m a year. Alex Morgan is an American professional soccer player for the Orlando Pride of the National Women’s Soccer League (NWSL), the highest division women’s professional soccer in the United States. She also plays for the US national team which won the World-cup in 2019. Alex Morgan earned $4.2m of her income through endorsements.  Nike, Coca-Cola, Volkswagen and AT&T are some of the prominent brands endorsed by Morgan. She recently gave birth to her first child in May and is temporarily on vacation from soccer.

Angelique Kerber is a German Professional Tennis player. A former world no.1 and winner of 3 Grand Slam tournament. She is also the oldest player ever to reach the world no.1 ranking for the first time. Kerber has an estimated net worth of $30 million. She earned $4m of her income through endorsements. Angelique Kerber is the global ambassador of Stuttgart car manufacturer Porsche. Her sports gear is sponsored by Adidas and she uses the rackets by Yonex. She is also a UNICEF ambassador. Kerber’s other endorsements include Generali, Ole Lynggaard, coffee brand Lavazza, NetJets airlines, and Rose.

Sofia Anna Kenin, nicknamed Sonya, is an American professional tennis player. She has a career-high Women’s Tennis Association (WTA) ranking of No. 4 in the world and is the top-ranked American in women’s singles. She is the reigning WTA Player of the Year. Kenin has won five WTA singles title. Kenin has a reported net worth of $2.9 million. She received prize money of $7,221,702 from the WTA Tour. Kenin wears FILA gear and uses Babolat tennis racquets. Kenin also has an endorsement deal with Motorola, and athlete management group GSE Worldwide is also one of her partners.

Elina Mykhailivna Svitolina is a Ukrainian tennis player. She reached a career-high ranking of world no.3. Svitolina has won 15 WTA singles titles. The 24-year-old has earned a total of $19,860,259 from her tennis career so far. She has an estimated net worth of $12 million. She earned $1m of her income through endorsements. Svitolina is currently sponsored by Nike, Wilson, Superior Golf and Resort. Her other endorsements include women’s wear brand Poustovit, Jan Niche Concept, and Eafit.

Garbiñe Muguruza is a Spanish-Venezuelan professional tennis player and former world No. 1. She has won eight singles titles, including two majors: the 2016 French Open and the 2017 Wimbledon Championships. Muguruza rose to the world number one spot for the first time at the end of the 2017 season. Muguruza has won $21,159,801 worth of prize money from her tennis career so far. Garbine Muguruza has an estimated net worth of $12 million. She earned $4.5m of her income through endorsements. She currently enjoys sponsorship deals with Beats, Adidas, Babolat, Rolex, Maui Jim, and Cesar Insurance, among others. Her apparels deal with Adidas is considered to be one of the most lucrative ones in tennis.

Bianca Vanessa Andreescu is a Canadian professional tennis player. She has a career-high ranking of No. 4 in the world and is the highest-ranked Canadian in the history of the Women’s Tennis Association (WTA). She is the first Canadian tennis player to win a Grand Slam singles title and the first to win the Canadian Open in 50 years. Andreescu has earned $6,720,038 so far as prize money in her career. Bianca Andreescu’s net worth is said to be $4m. She has earned $4m of her income through endorsements. She is sponsored by Nike Inc. for her on-court apparel. Head sponsors Bianca’s racquets. Her most recent partnerships include her endorsement of vegan restaurant chain Copper Branch and becoming BMW Canada’s newest brand ambassador in June 2019. The same year she signed a deal with the luxury watch manufacturer Rolex.

Simona Halep is a Romanian professional tennis player. She has been ranked world No. 1 in singles twice between 2017 and 2019. Halep has won two Grand Slam singles titles: the 2018 French Open and the 2019 Wimbledon Championships and also 20 other WTA titles. Her career prize-money aggregates to $37,045,910. She has an estimated net worth of $30 million. Halep penned a contract with clothing giants, Nike, in February 2018. She has endorsed the Swiss luxury watchband, Hublot, since 2016. Halep’s other endorsements include tennis racquet manufacturer Wilson, Dedeman, self-care brand Avon, Banca Transilvania, Coca-cola Romania, and Rexona.

Ashleigh Barty is an Australian professional tennis player and former cricketer. She made her breakthrough at French Open 2019 when Barty filled up the Grand Slam drought in Australian tennis since 2011. She is the WTA world number one. Presently her on-court earnings are about $17,594,569, from the WTA Tour. $10.1m of her earnings came from prize money. Barty enjoys the sponsorship of Head and FILA on the tennis court. She became the part of Rado YoungStar family in 2017. She later joined hands with the luxury car brand, Jaguar. Australian food spread firm, Vegemite also endorses her, and so do Banana Boat and Esmi.

Serena Williams is an American professional tennis player and former world No. 1 in women’s singles tennis. Williams is one of the highest-paid female athletes ever. She has won 23 Grand Slam singles titles. She is a legend in the world of tennis. Her first coach was her father. Both the Willams Sister dominate on the tennis court. Williams has drawn a total of $93,634,967 as prize money from the WTA Tour. Approximately, she earns more than $8 million a year through her tennis career. She also has an estimated net worth of $225 million. Being one of the most marketable players, it isn’t surprising that she is flooded with endorsements. Her sponsors include Nike, Wilson, Gatorade, Delta Air Lines, Aston Martin, Pepsi, Beats by Dre, JP Morgan Chase, Audemars Piguet, Bumble, Upper Deck, IBM, Intel. Williams is also the Chief Sporting Officer for Aston Martin.

Naomi Osaka is a Japanese professional tennis player. Osaka has been ranked No. 1 by the Women’s Tennis Association (WTA). She is a four-time Grand slam singles champion. In 2020, she replaced Serena Williams on the top spot in the list of highest-paid female athletes. She has earned $34m through endorsements. $3.4m is her on count earnings. Her career prize money aggregates to $19,908,359 in the year 2021. Her net worth is estimated at $25 million in the year 2020. Osaka also ranks 29th in the list of the world’s highest-paid athletes in 2020.

Yonex is the sponsor of Osaka’s tennis rackets. Nike supports her with apparel. She is the ambassador of Nissan Motor and Citizen Watch. Osaka is the brand ambassador of Mastercard. She also endorses several other Japanese companies, including Nissin Foods, Shiseido, Wowow, and All Nippon Airways (ANA).

Osaka was also declared one of the most marketable female athletes in the world. 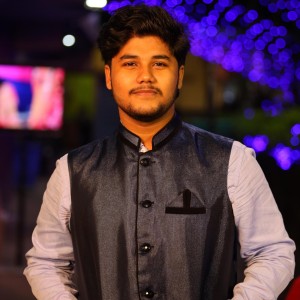 PrevPreviousMost Weeks at ATP no.1 after the age of 30
NextMental health in sports: Players who admitted about mental health issuesNext
On Key